As OVH bug bounty manager from March 2016 to March 2018, Vincent Malguy, through this interview, delivers his return of experience to share some tips with people who wonder how to set up and manage a program.

In the early 2010’s, many companies in the IT sector like Facebook or Google started to launch bug bounty programs and within OVH this appeared as an obvious need. However, it took time to frame the project and to meet all the operational conditions to take the leap.

In 2015, when I was recruited by OVH, it was time to put in place all the bricks to calmly launch a bug bounty.

Back in the day, we identified two issues: the issue of vulnerability export and the legal complexity when paying rewards.

Of course, we evaluated the possibility of launching it without external help but we quickly gave up the idea because it is not our core business.

In any case since the beginning, it has been clear in our minds that a real bug bounty program is, in the long run, a program open to a wide audience.

In January 2016, we met with Korben and Freeman. They presented YesWeWack’s roadmap to launch the first European bug bounty platform.

The timing was perfect and we decided together to launch OVH’s public program on the occasion of “la Nuit du Hack” in June 2016.

In this exercise we have the support of the management and technical teams.

Based on that internal mobilization, we started to carry out an additional audit on the initial scope in order to ensure its maturity. We then worked with the communications, legal and accounting teams. Once these prerequisites were gathered and validated, with YesWeHack, we started with a 1 month private window.

END_OF_DOCUMENT_TOKEN_TO_BE_REPLACED

Since September 2017, BlaBlaCar has been managing with a select number of security experts a private Bug Bounty program to enhance the operational security of its platform.

Previously accessible only by invitation via YesWeHack.com, YesWeHack’s bug bounty platform, this program has enabled BlaBlaCar to remain proactive on the cyber security of its services.

What is your role at BlaBlaCar?

I am a backend developer profile, today overseeing application security. When I joined BlaBlaCar, I was in charge of the platform’s performance and security. In mid-2015 and early 2016, our operational security needed to level up significantly, especially following our major fund-raising campaigns, which put BlaBlaCar under the light and pressure. So at that period of time, i took the lead of a small team to mitigate these attacks, and audit/consolidate the platform.

What is your approach to security, including coordinated vulnerability disclosure?

We have kept application security in-house for a long time. Previously, we used classical audits conducted by various companies, by several basic pentest applications, by using static analysis tools, etc. I think it helped to rough out a lot of little things that would have been detected by bug hunters.

In addition, we received a few troll messages on Twitter reporting vulnerabilities without notice and without any details… We also have some emails via customer support about potential security holes, but nothing was disclosed by these contacts, they first wanted to be paid and this, without proof of the existence of a security flaw, so it was impossible for us to enter the game.

END_OF_DOCUMENT_TOKEN_TO_BE_REPLACED 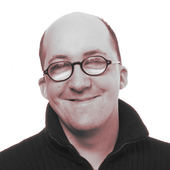 END_OF_DOCUMENT_TOKEN_TO_BE_REPLACED

What is your background ?

I am a web developer and security researcher. In my spare time, I like to contribute to open-source projects, hunt for security vulnerabilities, and triage reports. For a long time, one of my biggest goals has been to learn something new as often as possible and get to know people who share a similar passion for what they do.

How long have you been bug hunting and what are you driven by ?

I have been bug bounty hunting for roughly one and a half years, but I have been interested in security for quite a while. Curiosity and learning something new are what drive me the most. I find myself constantly wanting to try something new and learn as much about the topic as possible.

Can you explain the genesis of security.txt ?

END_OF_DOCUMENT_TOKEN_TO_BE_REPLACED

For 30 years, Ercom has developed a leadership position in the communications, data and terminal security markets.
This position is based on complementary technological expertise in Telco/cloud infrastructure, cryptography and software and on shared values: innovation, expertise, commitment and confidentiality.

Our products and expertise are recognized in France and internationally by major companies, customers, partners and certification entities.

All our solutions are certified or in the process of certification by ANSSI.

END_OF_DOCUMENT_TOKEN_TO_BE_REPLACED

Qwant.com‘s Security & Privacy Fund is now real and it aims at hardening companies’ systems through our YesWeHack.com !

Qwant has always believed that the development of online services should be done with maximum protection of the confidentiality of users personal data. That is why Qwant took a “privacy by design” and a “data minimization” approach from day one, which requires to think preventively of the technical means and business models that generate as little risks as possible for the privacy of users.

Since 2014, thanks to YesWeHack founders, Qwant has created its bug bounty program.

Each year Qwant offers bounties to the vulnerabilities hunters gathered at La Nuit du Hack, in Paris. Those programs run by HackerzVoice & YesWeHack teams have significantly helped Qwant to build up skills, and to even better protect their users personal data.

And for the 15th edition of La Nuit du Hack, Qwant wants to offer other startups and organizations – thanks to its fund – the opportunity to challenge and increase the security of their services with the best hackers in Europe and in the world, to improve privacy on the Internet.

Qwant grants 10,000 euros to this fund, that will allow to pay bounties to hackers who will discover vulnerabilities on the services of startups or associations that share Qwant’s ethical values.

Organizations that are selected to benefit from this fund will of course be accompanied to put the bug bounty program together.

You can find all the necessary details to apply for this Privacy & Security Fund at the operation’s official website: https://hackmeimfamous.com/

First of all, can you introduce us to Woleet?

Woleet.io was founded in Rennes in 2016. Woleet is a data anchoring platform using the Bitcoin blockchain. To sum up, we provide a SaaS platform that receives digital fingerprints of data and proceeds to anchor them in Bitcoin by linking these fingerprints to a transaction having a certain date. To achieve this, Woleet builds a cryptographic structure that allows multiple fingerprints to be put together in a single transaction.

The use of Woleet has many benefits:

END_OF_DOCUMENT_TOKEN_TO_BE_REPLACED

– What’s your role as CISO within Outscale?

First of all, Outscale deals with IaaS : like AWS we provide API and we have Branch offices in France, USA and China. Each Branch office is subject to a specific digital sovereignty.

I’ve been wearing two hats : Guarantor of the internal security and guarantor of the security for the customers.
Globally speaking the human resources are at the core of my job.

– What was the need assessment that led to the opening of a bug bounty program?

END_OF_DOCUMENT_TOKEN_TO_BE_REPLACED

What is your role in CCM benchmark ?
I am deputy CTO and i’m in charge of technical monitoring with Damien Mangin, CTO of CCM Benchmark Group.

What were the reflexion and the needs assesment that brought about a bug bounty program ?
Like any other actor on the Internet, we are experiencing increasing threats like hacking tries or malware targeting our platforms. As we are the first French leaders media company (according to Comscore), we are particularly exposed to cyber threats. Therefore, we are meant to have a proactive approach in terms of security in order to protect our users’ data.
The bug bounty Program we opened was a very important step complementary of others methods we set up (pentests, trainings). In terms of security by design, this exercise is really useful for our devs because thanks to the bug reporting they can improve the degree of security of their own code.